After they saw their roommate Houdini's cameo with Uncle Cinnamon, look who raised their paws to take this week's selfies. It's our adorable little pals, Black Jack and Oscar! 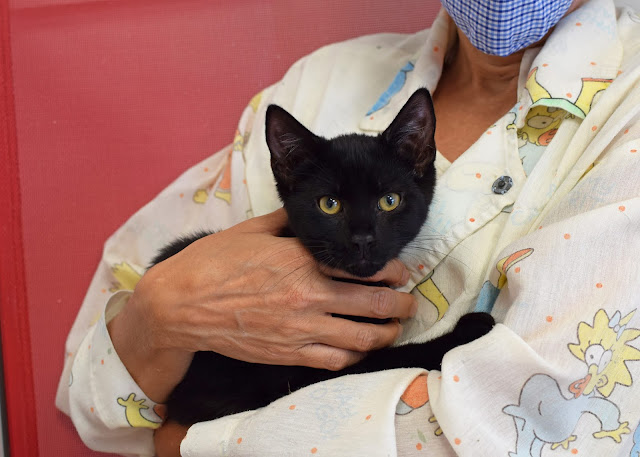 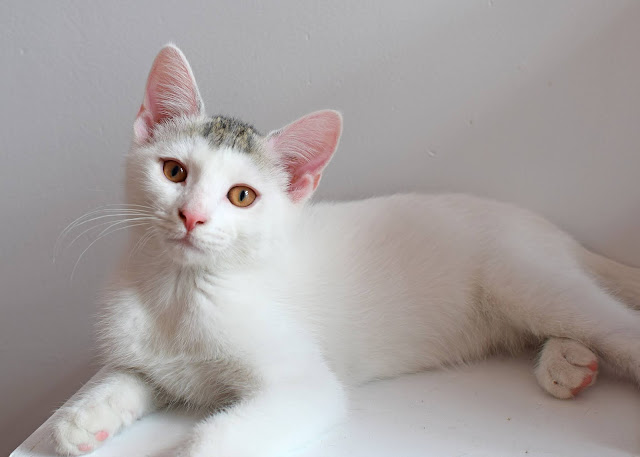 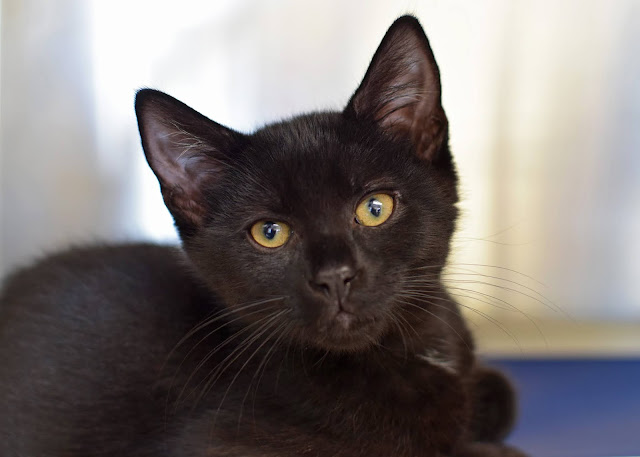 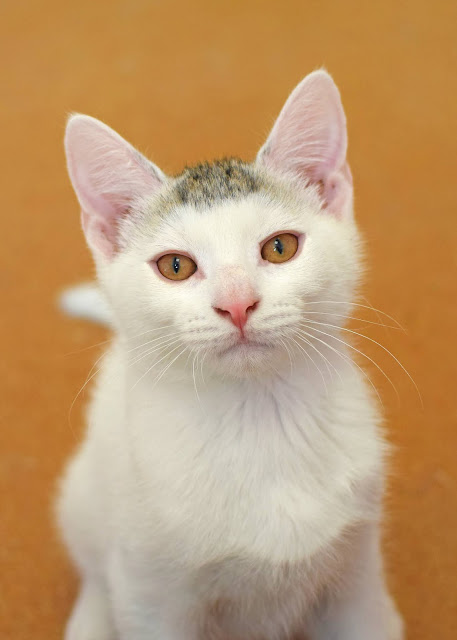 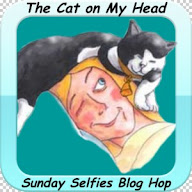 It's Sunday, which means we're hopping along in the Sunday Selfies Blog Hop, hosted by our pals at The Cat On My Head. Be sure to check it out to see who else is hopping along (or to join in on the fun)!

You're not wrong about cute and having it in spades. These two fine feline kids will be whisked away I hope before you know it!
Purrs
ERin

Oh! Oh! Oh! Cuteness overload!!!
How adorable they are!

I’m amazed and mystified that this adorable duo is still at the shelter. They are so cute and fun! These are beautiful portraits, Kev.
xxoo
Maggie

They are two cuties!

Definitely lots of cuteness going on there!

Oh boys, you are cute, cute, cute and more cute! Thanks for joining our Thankful Thursday Blog Hop!

Somebody will scoop them up pretty quickly!

What a cute pair ! We hope they find a forever home very soon ! Purrs

Jack and Oscar you two are going to have forever homes soon we are sure of it! Precious

What sweet boys your are, Jack and Oscar💗Good Luck Pawkisses to find a furrever home soon🐾😽💞

What sweet little boys, we're sending purrs and prayers your way for a furever home ASAP!

They are so adorable.I hope they get a forever home together soon. XO

Why Black Jack and Oscar are cutie pies the camera loves them. They take great selfies and we hope they find a furever home real soon.

Two more adorable babies...irresistible, according to our mom. We cannot imagine they will be waiting too long for their forever homes, but we are sending lots of POTP to enhance their chances. Thanks for hopping, you two cuties. XOCK, angel Lily Olivia, angel Mauricio, Misty May, Giulietta, angel Fiona, Astrid, Lisbeth, Calista Jo, Cooper Murphy and Sawyer

Oh boys, you have my mom wishing she was there and asking for you.

How cute he is!

Golly! yous 2 is so furry cute! If we was closer...Mes sure Alex would be over there wanting to brings yous to our paradise! Wes is purraying yous finds forever homes soonest!
Purrs
Marv, Jo Jo, Kozmo, Cinnamon and Angel Nellie

We LUBS these furry little black boycats! Of course, I *am* just the tiniest bit biased. And I am still the handsomest, right? ::looks around anxiously::

Adorable! We're sure they will find their furever homes soon.

Aren't they lovely. They will grow up to be gorgeous cats too I reckon.

Black Jack and Oscar are both such cutie pies! They did great job with their selfies :-) And they do look ready for the forever home!

Such a ridiculously adorable pair!

Oh, I bet they would be extra fun to play with, too. I hope they get homes that provide them with lots of toys and activities and love, of course. Purr purr purr.

They are so precious! You can see so much of their personalities in those photos!

They are so cute and will be snapped up and given good homes in a jiffy!! - Tom x

Hey Black Jack and Oscar!! It's great to meet you two cuties. We just love the pawsome selfies that you shared with us. We hope you are all having a fun day and that you both find forever homes soon. Have a great week.
World of Animals

GREAT NEWS: Oscar and Black Jack have been adopted -- together! We are so happy for them, and their new forever family. :)

Feline Opines, the World from a Feline Point of View said...

WooHoo, love the good news about Oscar and Black Jack!

Who could say no to those faces?!?! I'd give up all my tuna in a heartbeat!

I bet both find their forever homes fast! What cuties!